http://www.nytimes.com/2009/11/16/us/16land.html?emc=eta1
In 2009, Tom Lucas, who was President of Spartanburg Crime Stoppers at the time, and father of Brian Lucas, who was murdered along with 3 co-workers in 2003, brought the idea of Unsolved Homicide and Missing Persons playing cards into SC. There have been four decks produced. The playing cards are distributed in all of SC 28 Correction Facilities as well as local jails and detention centers. The cards are also available to the public and all Crime Stopper organization in SC.

Everyone is urged to participate in the program and is encouraged to develop the idea in their city and or state.
Below are examples of the cards.
http://www.crimeinfo.net/CSW/688/Pictures/SC_Face.PDF 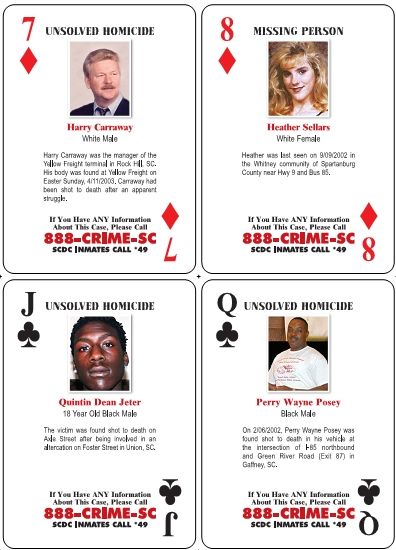 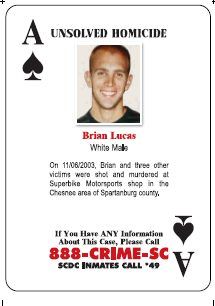